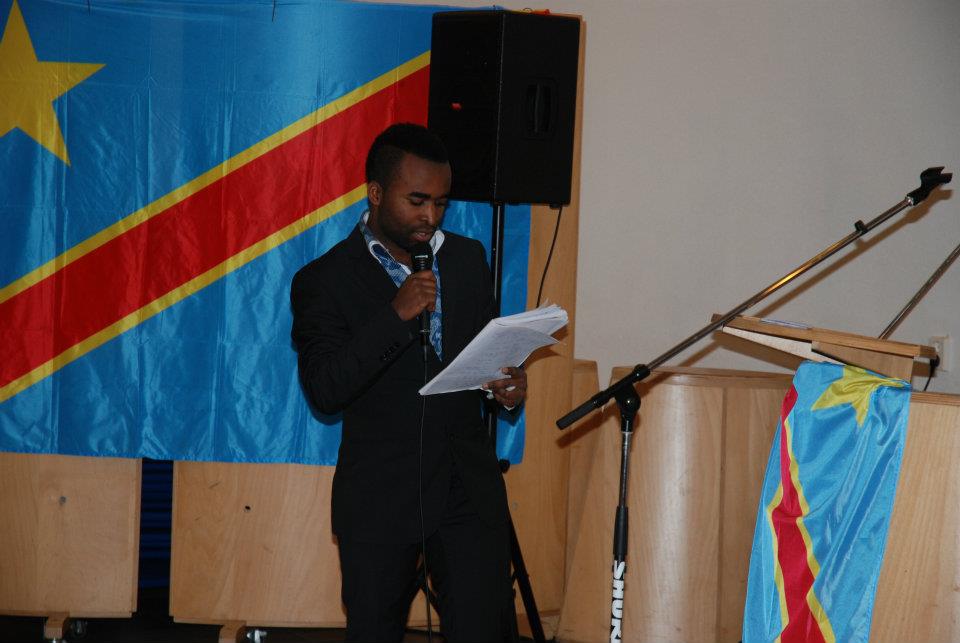 On june 30, every year the Congolese folk gathers and celebrates its independence day.
Since 1960 until now, every year the same Independence song. Yet I   wonder if this celebration is worthy.
How can such a great country not yet find its way to really independence? Independent from aid,  The World bank and other international actors that have interest in the suffering in the Congolese folk in order to accomplish their own hidden agenda’s?

I am a man of hope,
On this day I have a message of hope,
Saying,
Free independence will come,
That only starts with acting.
Don’t wait for your big masters in Paris, London, Brussels and Washington to tell you what you should do,
Collaborate with your brothers and sisters in Kisangani, Bandaka and Bukavu in order to find solutions,
Regional strategic solution, unity and finally, love.
That love will make you independent, so start acting!

By doing so,
Please remember these words by a great man, Patrice Lumumba,
He fought for his country and freedom, but was assassinated by the British, Belgian and American secret angencies,
Why?
Any how, He believed in the independence of Congo and Africa until the last days of his life.
This letter to his wife during his imprisonment explain why.

I am writing these words to you, not knowing whether they will ever reach you, or whether I shall be alive when you read them.

Throughout my struggle for the independence of our country I have never doubted the victory of our sacred cause, to which I and my comrades have dedicated all our lives.

But the only thing which we wanted for our country is the right to a worthy life, to dignity without pretence, to independence without restrictions.

This was never the desire of the Belgian colonialists and their Western allies, who received, direct or indirect, open or concealed, support from some highly placed officials of the United Nations, the body upon which we placed all our hope when we appealed to it for help.

They seduced some of our compatriots, bought others and did everything to distort the truth and smear our independence.

What I can say is this—alive or dead, free or in jail—it is not a question of me personally.

The main thing is the Congo, our unhappy people, whose independence is being trampled upon.

That is why they have shut us away in prison and why they keep us far away from the people. But my faith remains indestructible.

I know and feel deep in my heart that sooner or later my people will rid themselves of their internal and external enemies, that they will rise up as one in order to say ‘No’ to colonialism, to brazen, dying colonialism, in order to win their dignity in a clean land.

We are not alone. Africa, Asia, the free peoples and the peoples fighting for their freedom in all corners of the world will always be side by side with the millions of Congolese who will not give up the struggle while there is even one colonialist or colonialist mercenary in our country.

To my sons, whom I am leaving and whom, perhaps, I shall not see again, I want to say that the future of the Congo is splendid and that I expect from them, as from every Congolese, the fulfilment of the sacred task of restoring our independence and our sovereignty.

Without dignity there is no freedom, without justice there is no dignity and without independence there are no free men.

Cruelty, insults and torture can never force me to ask for mercy, because I prefer to die with head high, with indestructible faith and profound belief in the destiny of our country than to live in humility and renounce the principles which are sacred to me.

The day will come when history will speak. But it will not be the history which will be taught in Brussels, Paris, Washington or the United Nations.

It will be the history which will be taught in the countries which have won freedom from colonialism and its puppets.

Africa will write its own history and in both north and south it will be a history of glory and dignity.

Do not weep for me. I know that my tormented country will be able to defend its freedom and its independence.

See here the Crisis in the Congo, Uncovering the Truth.